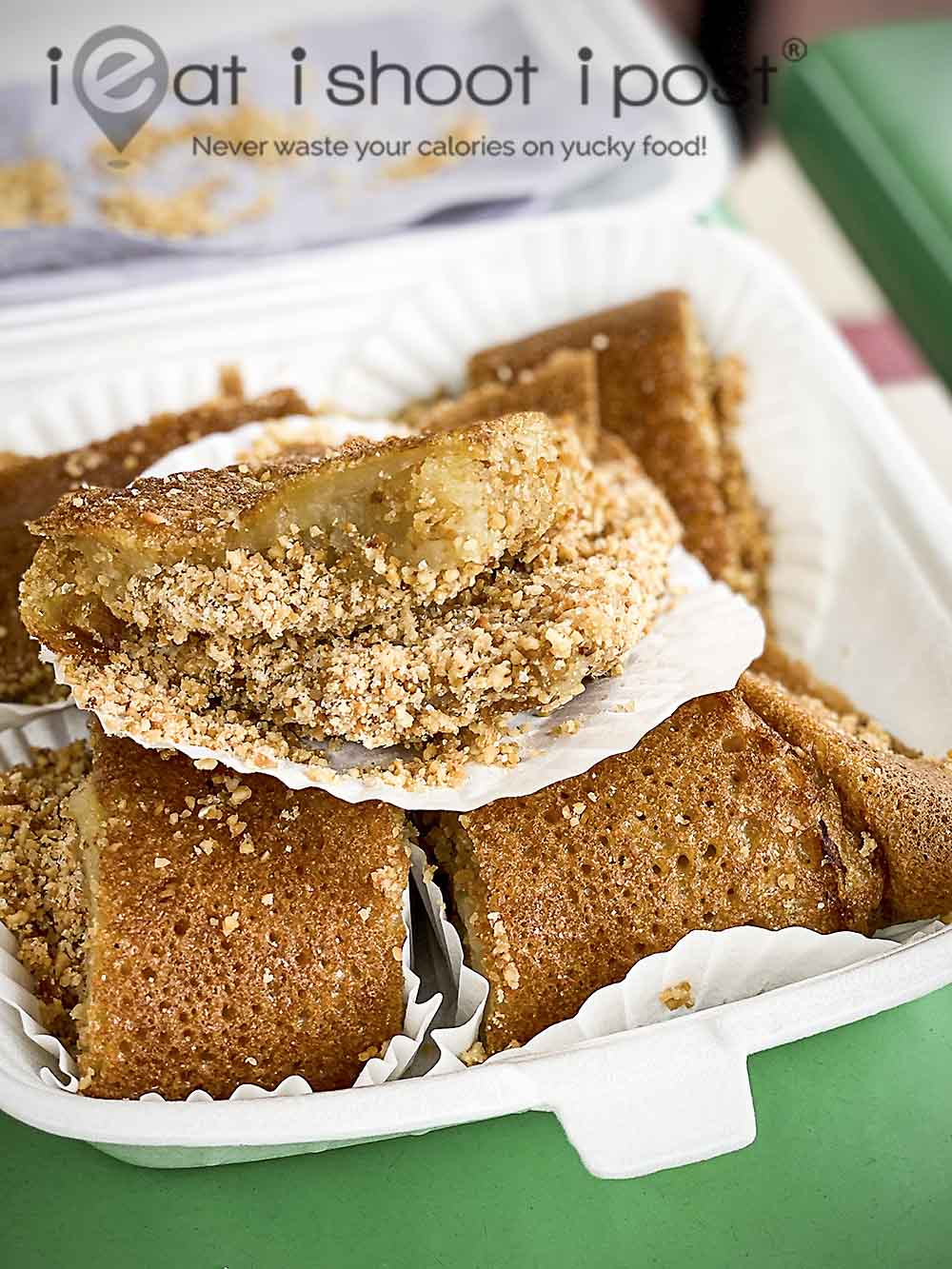 Time flies! It’s been 10 years since I wrote about this particular stall at Tanglin Halt market and food centre! It’s so good to see that Mr and Mrs Deng are still busy making their traditional peanut pancakes!

This time round, I managed to interview Mr Deng for an episode of “On the Red Dot”. With many flats in Tanglin Halt going en bloc, the whole Tanglin Halt estate is going to look very different in another decade. Nowadays, they only open on Tues, Thurs, Sat, Sun. Even though he is already 75 but he is still very spritely. He tells me that he plans to work for another 5 years. Hopefully he will be able to find a disciple before he retires. Their pancake still uses the same mother starter that has been cultivated since the 1960’s which is what gives the pancake its unique and flavour and texture! Its super old school and super comfort food! 4.5/5

Let us all wish uncle and aunty good health and may they find a suitable disciple to hand over the stall!

Nostalgia doesn’t get better than this. If you really want to experience a slice of Singapore’s history, you really need to head for Tanglin Halt Market and try the peanut pancake there. The old couple who has been selling the Peanut Pancake there tell me that they don’t use commercial yeast to make their batter. Instead, they have been using a mother starter which has been passed down from the previous generation and can trace a lineage back to the 60’s!

If you still don’t understand what I am trying to get at, let me give you a quick course in baking. You all know that in order for bread to rise, we need to use yeast right? Nowadays, the yeast usually comes out of a packet and is simply added to the dough and left to ferment. The yeast, being a living organism eats the sugars in the dough and produces carbon dioxide and other aromatic compounds that give bread its flavour. Now, instead of using commercial yeast, you can actually harvest naturally occurring yeast in the air by mixing flour and water together and leaving it on top of your fridge. The yeast in the air will start colonizing the flour water mixture and start multiplying. Once you have this yeast colony, you can easily continue to add fresh batches of batter daily and continue to grow the yeast colony. The advantage of this yeast is that it is a strain unique to Singapore and so the flavour is a little different. Also the mother starter, like good wine, gets better with age! 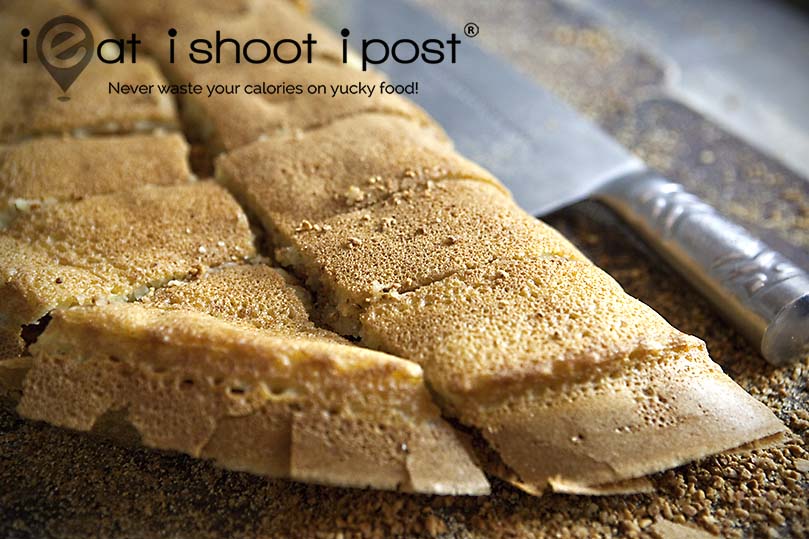 Most peanut pancake nowadays don’t even use yeast as the rising agent. They use sodium bicarbonate instead. Bicarb is easier to control but doesn’t give you that extra savoury flavour that yeast does, so when you buy your peanut pancake from those modern stalls, you might have the texture, but it won’t be as fragrant as one that is made with yeast. That is why I got so excited when I found out that this peanut pancake is still risen with yeast!

The old couple who run the stall are very proud of their craft and especially proud of the fact that they are still selling perhaps the most original peanut pancake in Singapore. They are still doing everything themselves including the roasting and grinding of peanuts, a task which many places that use ground peanuts have since outsourced to the factories. As with many things, freshness is a key factor in flavour. So freshly ground peanuts is always going to taste better than peanuts that have been ground in advanced and packaged. So, the best time to eat the peanut pancake is on Saturday, because the stall is closed on Friday in order to roast and grind the peanuts. 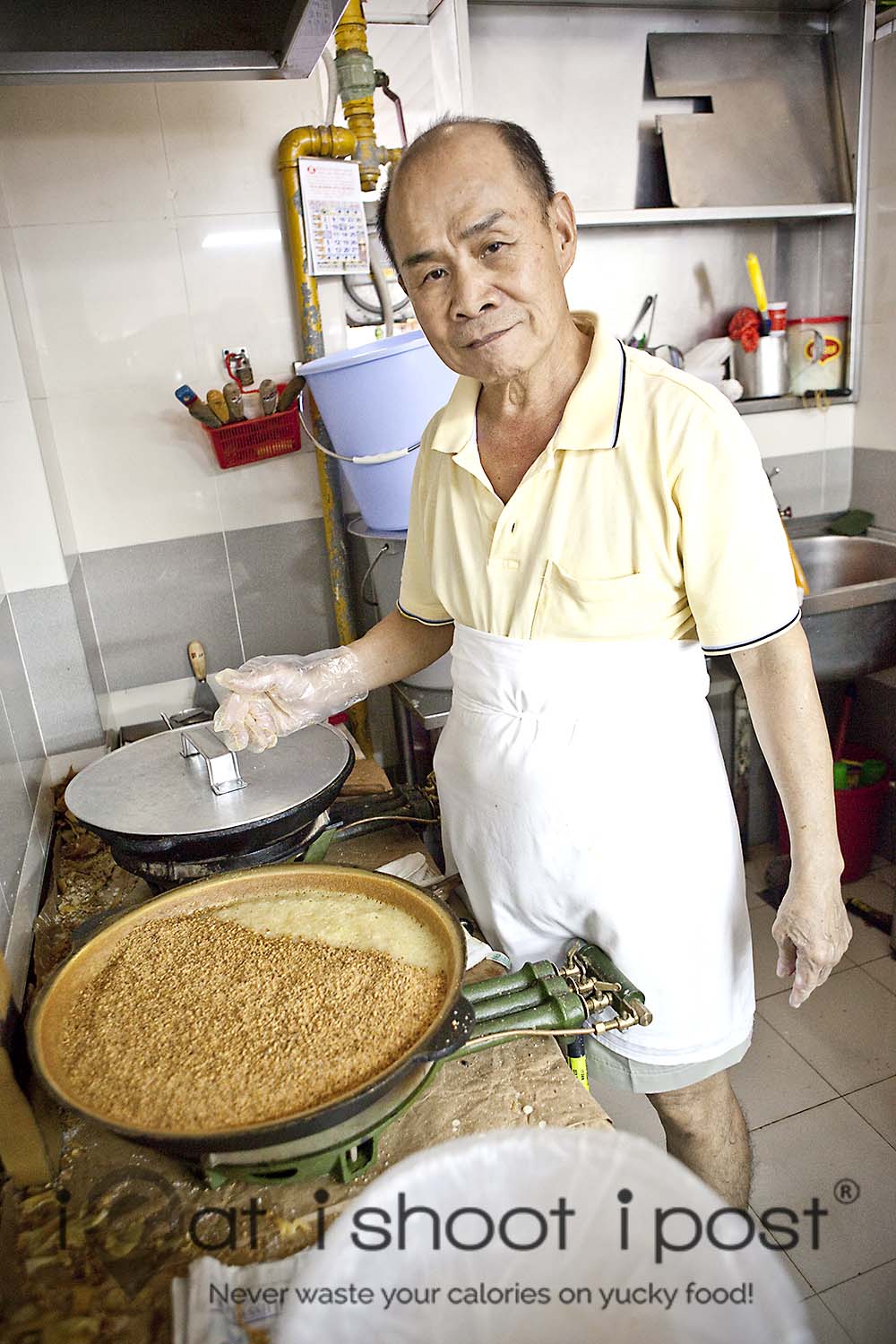 This Mi Chiam Kueh (peanut pancake) tastes quite unique. The texture is slightly gummy while the outer crust is chewy. Rockett girl wasn’t quite used to it and felt that it was undercooked. I have eaten this twice and both times they are the same. I actually like the texture and found it quite special and especially like the fragrance of the freshly ground peanuts. 4.5/5

Stalls like these are hard to come by nowadays, so I think it is worth a trip down to Tanglin Halt Market just to experience the taste of a generation past. So do you know of any other stall that still makes their pancake with yeast? 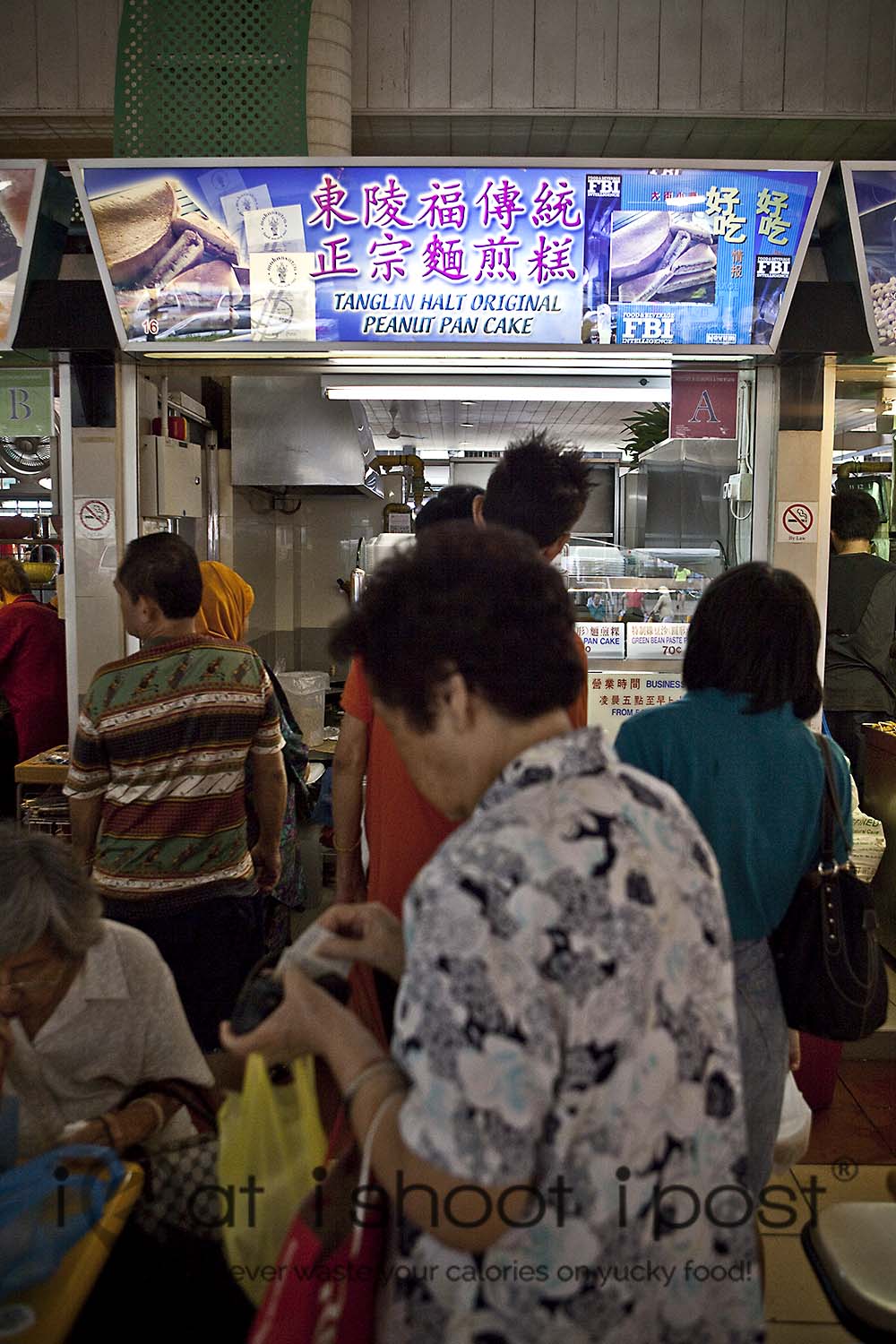 Thanks to Sen for the upload 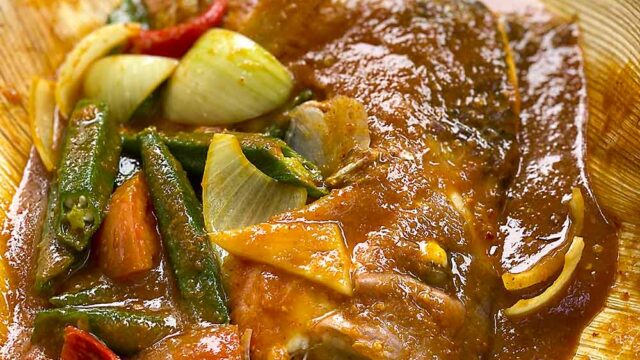 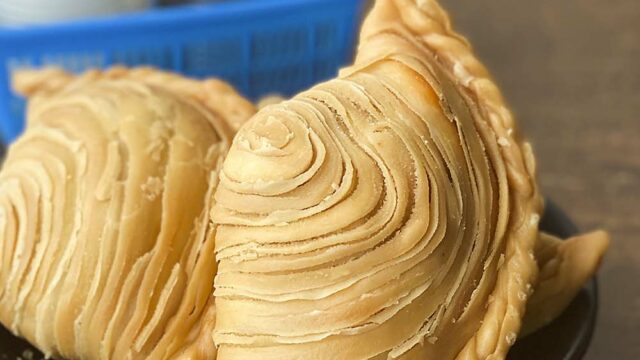