Sin Huat Seafood Restaurant: Inside the Mind of a Food Nazi I finally plucked up the courage to visit Sin Huat Seafood Restaurant! It was an appointment with inevitability. How can any self-professed foodie not visit this infamous restaurant at least once in his lifetime? For those of you who don’t know of its infamy, let me just give you a quick backgrounder.

I first heard of this restaurant a few years ago when Anthony Bourdain featured it in his tour of Singapore. Then, a doctor friend of mine told me how he brought a group of his junior doctors there and the meal cost $800! Being an “Old School” Doc, he paid the bill since it is the privilege for the Senior Docs to pay for the Juniors…. a great tradition which I hope will continue to be practised. After a while I also heard over the forum that the owner was a bit of a Food Nazi who insists on taking orders for the food himself and refusing to serve food to people who have ordered food from a nearby store! So it was a combination of exorbitant prices and the chance to be abused that prevented me from eating there for such a long time.

However, curiosity continue to haunt me until finally an anonymous commenter wrote in to say that he paid $58 for the crab and it was seriously shiok. That was the last straw! I had to experience this infamous crab bee hoon for myself! 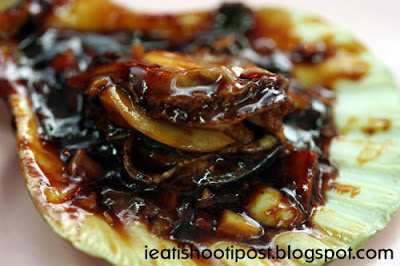 When we got to the restaurant, a young lady instructed us to have a seat and wait for the owner to come out to take orders. Of course, we obeyed her orders without questioning. After 15 mins, the owner, Danny finally came out and took our orders. I had already been cautioned beforehand to order only the crab bee hoon as they have fish here that cost $200 per kg. So I told Danny I wanted the crab bee hoon only since this was our supper. But he told us that we should also order the scallops to “eat for fun”. Not wanting invoke his anger, I Kuai Kuai (obediently) agreed.

Another 15 mins later, the scallops were served. Ohhhh, they were good. The sauce was very shiok and they use live scallops which you don’t readily see in seafood restaurants. Amagada loved it! 4.5/5 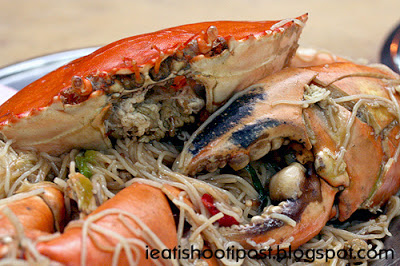 After still another 15 mins, the Crabs finally arrived! The verdict: Shiok. Best crab bee hoon so far! Aside from the smaller claw being slightly atrophied, the rest of the crab was solid. The Bee Hoon was not too dry nor too wet and had wonderfully soaked in the flavours of the crab, ginger and that mysterious stock. It was excellent BUT, I had expected it to be even more mind blowing after all the hype. Can’t give it a 4.75, but certainly a very strong 4.6/5 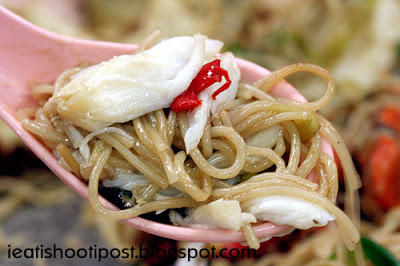 After we finished up the crab, the Lao Ban Niang actually came up to chat with us. For the wife of a Food Nazi, she actually turned out to be very nice! She started showing us a video of Anthony Bourdain when he came back to the stall to eat when he was not filming. So that’s how I managed to get a pic of the Bourdain in the shop! Sitting at the table where he sat might be as close as I ever get to the Bourdain! 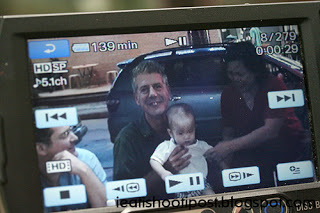 When I started to ask the Lao Ban Niang a bit more about the history of the store, she asked if I wanted to talk to the Danny instead?

A conversation with the Food Nazi himself? Was it possible? Heck, I have already eaten the crab bee hoon, so the most he could do to me was ban me from the restaurant for life and charge me a huge bill for my meal. Oh well, I guess I will have to offer myself as a sacrificial lamb for the sake of a good story.

I think Danny must have been in a good mood that day. 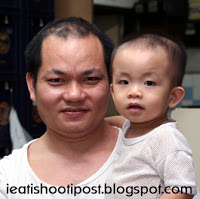 It turned out that our Food Nazi started life as a humble pig farmer and was forced to open a restaurant when the Goverment shut down the last of the local pig farms in Punggol in the early nineties. Out of desparation, he opened a restaurant and proceeded to learn how to cook. He started by doing the usual Cze Char stuff and was soon attracting a good following. One day, a patron told him that he did not want to order both a crab dish as well as a Hor Fun and asked if he could just combine the two together. I think you can guess the rest.

Our pig farmer perfected his recipe and submitted it for the AsiaFood competition in 1997. Thus was born the legendary Crab Bee Hoon.

Well, the Food Nazi turned out to be quite a nice guy after all! Feeling the positive vibes, I asked why he had such a bad reputation. It turned out that he has had his share of Customer Nazis as well. He told me that sometimes they had customers who offer to pay $300 for a $400 bill because they did not have enough money and they needed to take a taxi home. The reason he refused to sell his food to customers who have ordered from other stalls was that there had been occasions when customers would cancel their orders after eating the other food since they had to wait for his.

The hype and infamy really added extra value to an already very tasty dish! It just goes to show that even bad service can sometimes become a positive marketing strategy! At least it did for this blogger!

Congrats to Sin Huat for being awarded the Bib Gourmand 2016!

[…] Kee is located in the same coffeeshop as the infamous Sin Huat Crab Bee Hoon.  I have known about them for a long time as the braised duck that you are not supposed order […] 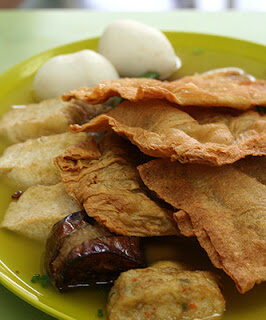 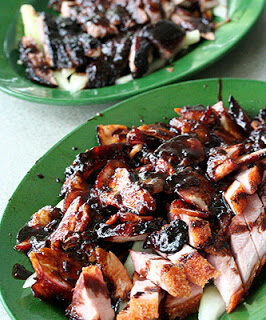