Radiation and Food Safety: Is Food from Japan safe to eat? 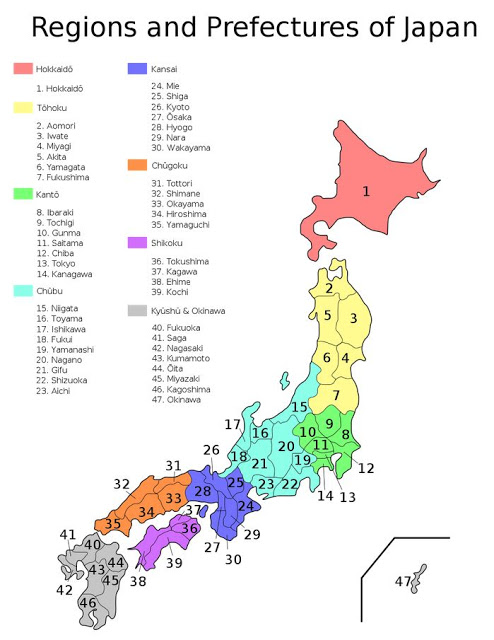 A lot of people have been avoiding Japanese food because of the fear of radiation in the food. As a result, restaurants have been reporting sales dropping by as much as 50% to 60%. Not only are the local restaurants affected, the suppliers are similarly affected. As consumers, food safety is of paramount concern of course. But we need to make informed decisions rather than to rely on hearsay.

I feel that part of the reason for the fear of eating Japanese food is the lack of clarity on the subject matter. So I hope that this concise article will give you a birdseye view of what is happening so that you can make an informed decision to eat or not to eat at your favourite Japanese restaurant.

As you know, there has been radiation leakage following the damage at the Fukushima Nuclear Plant, but exactly what kind of radiation are we dealing with?

There are essentially two forms of radiation. Ionizing radiation is a form of energy emitted from the damaged nuclear plant which can cause immediate effects like radiation sickness (vomiting, burns etc) These forms of radiation exist as a form of energy (like light or electromagnetic energy) and are either Xrays or gamma rays. Exposure to high levels of Xrays can cause damage to body tissues. But we still do Xrays and CT scans because the amount of radiation exposure is so little that it will not cause any long term harm. Ionizing radiation can travel very far and in the case of the Fukushima blast, the government of Japan had to increase the safety zone from 10km to 20km which show just how far this form of radiation can spread. But bear in mind that 20km represents only 0.625% of the entire length of Japan (3200km), so the area affected is still very small.

Radiation contamination in foods is a different matter altogether. Here we are referring to radioactive nucleotides which you can think of as some sort of radioactive dust particle that can either get into the air or water and spread over a large region to affect vegetables and seafood. There are two types of radioactive particles we often hear about viz Iodine 131 and Caesium 134/137.

The radiation map above shows the regions of Japan that are affected by radiation. (This is done by individuals taking radioactive readings and reporting them online) As you can see, the purple regions of Fukushima and Miyagi are the affected areas and there is some detectable radiation in Ibaraki (brown), just south of Fukushima. The region represents less than 10% of the whole of Japan. The rest of Japan (the green zones) do not have detectable radiation.

Radiation in Vegetables and Seafood

On 19th Mar, news broke out that there were detectable levels of radiation in spinach and milk which were located more than 90 miles from the nuclear plant. The milk was from Fukushima (7) prefecture while the spinach was from Ibaraki (8) prefecture. This has led to our AVA to ban all produce from these areas. Subsequently, the AVA has banned produce from Tochigi (9), Gunma (10), Saitama (11), Chiba (12), Tokyo (13), Kanagawa (14), Shizuoka (22) and Hyogo (28). Except for Hyogo (28), and Shizuoka (22), most of the prefectures lie in the Kanto region which is very close to Fukushima itself. Although they have detected radiation in the outlying regions, they are at this point unable to tell if the radiation actually came from Fukushima or other sources. However, to put this into pespective, the AVA has banned foods coming from 9 out of 43 prefectures in Japan. That means that food from the other three quarters of Japan is still radiation free.

Our AVA has set a very strict standard of 100 bq/kg for Iodine 131 and 1000 bq/kg for Caecium 134/137. But what do these levels mean? According to AVA website, these are set at very “Kiasu” (my words – lit scared of losing out) levels. The AVA has issued blanket bans on regions where imported vegetables were found to have levels exceeding 100 bq/kg. However, according to the AVA, these levels still pose only a tiny risk such that if an adult ate 3.5kg of these vegetables, he would receive a similar level of radiation exposure of one X-ray and he would need to consume 184 kg of these vegetables to receive an exposure level equivalent ot the normal background radiation a person is exposed to in a year. That means that even if you are a good boy/girl and ate all the veggies in your next Japanese meal and they all happen to have escaped the AVA’s radiation detection, you would still get much less radiation from eating that than from one single X-ray.

In terms of Seafood products, fish from Ibaraki (8) region was found to contain radiation, so as a result, fishing co-operatives in that region have stopped all fishing activity there. The contamination of seafood is presumably due to the leakage of radioactive water into the ocean from Fukushima nuclear plant. According to Marine chemistry expert Ken Buesseler of the Woods Hole Oceanographic Institution, “the levels of radioactive iodine and cesium drop a thousand-fold from the coast adjacent to the plant to about 19 miles (30km) offshore.” ie there is very little radiation in the seawater 30km from the plant. But as a safety measure, fishing off the coast of Fukushima (7), and neighbouring Miyagi (4) and Iwate (3) regions have been halted to stop any chance of contaminated fish reaching the markets.

Radioactive Iodine does accumulate in seafood but its half life is very short, only 8 days, which means that in one month the radioactive Iodine ingested by the fish is gone. However, the problem of radioactive Caesium is still unclear. Since the half life of radioactive Caesium is 30 years, this might accumulate in the fish. Some fish from the Chiba prefecture was found to contain radioactive Caesium but at levels far below safety levels. There has been a study that shows that Caesium only stays in the fish for 50 days and passes out through the urine, but we will need more evidence before we know for sure what is really happening. Whatever the case may be, the Japanese govt has said that they will set up systems to prevent contaminated fish from reaching the markets and our AVA is conducting surveilance on each shipment of seafood coming to Singapore. Soso far no radiation has been detected in any shipments of seafood coming from Japan.

As you can see from the map of Japan that there are still many coastal regions of Japan that are unaffected by radiation and some so far away from Fukushima that the seafood is still very safe to eat. So if you are given some Hokkaido (1) scallop or Kanpachi/Hamachi which are harvested from the fish farms in Kagoshima (46), you can be assured that they are still very safe.

How Radiation is Measured

One of the confusing things about the whole issue is the various units of measurements use to describe radioactivity. The reports often use Becquerals, Grays and Sieverts to describe the amount of radiation which can cause some confusion.
Here is the excellent BBC article which explains these terms clearly. 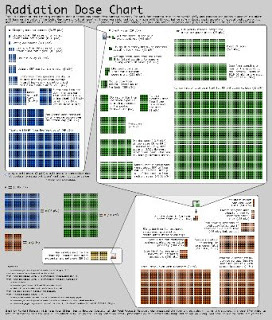 The above Radiation chart gives you a fascinating perspective on the effect of radiation exposure expressed in Sieverts. For instance, 10 minutes of exposure to the Chernobyl reactor after meltdown gives you an exposure 50 Sv, (8 Sv is fatal). Each day, you are exposed to 10 microSv of radiation just by living on planet earth, one Chest Xray exposes you to 20 microSv (same as eating 3.5kg of the radioactive spinach from Japan) whereas a Chest CT scan is worth 5.8 mSv of radiation. The lowest dose that has been shown to increase cancer risk is 100mSv. Since 1000 microSv = 1 mSv, that means you would need at least 5000 Xrays or eat 17500kg of spinach to develop cancer.

In other words, the current levels of radiation found in the veggies from Japan are really so small that they are unlikely to cause cancer even if they are ingested. However, since we want to be even more Kiasu, the AVA won’t even let them come to Singapore. In fact, they won’t even let any other veggies from the same area of Japan come in once one such veggie has been tested positive for radiation. That is how Kiasu they are which is good, ‘cos its better to be Kiasu than to actually “su” (lose). Or should I say its better to be Kiasee (scared of dying) than to actually “see” (die).

So, I hope this little post will put everything in proper perspective.

If you have enjoyed Japanese food in the past, there is no reason why you should stop going to your favourite Japanese restaurants now. Yes, we should all pray for Japan, but there are some very practical (and enjoyable) things that you can do after you have prayed and that is to eat their food and in so doing support their rebuilding efforts!

AVA has lifted bans on produce from Shizuoka and Hyogo 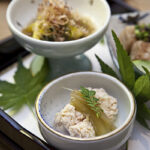 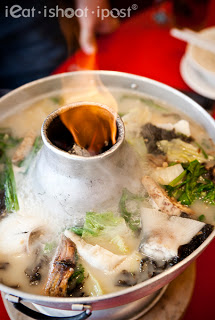 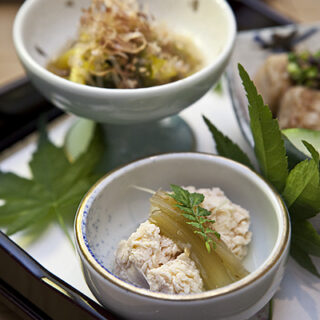