Tung Lok Signatures: Its the season for Hairy Crabs! 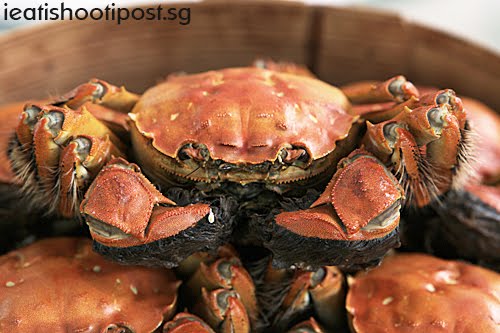 Tung Lok Signatures: Its the season for Hairy Crabs! – ieatishootipost

It is no wonder that Hairy Crabs are a delicacy in China. If these furry little creatures where found in the West, they would simply treat them as pests because they are so difficult to eat. If you are the type who don’t like to eat crabs because you find it difficult to extract the meat from them, then this hairy little bugger will drive you up the wall. But for a culture who love to nibble on fish heads and sit around cracking Melon Seeds with their teeth, these Hairy Crabs are like Manna from Heaven. 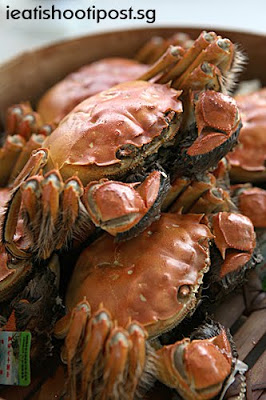 Hairy crabs have been part and parcel of Chinese culture for thousands of years and there have been poems written about them celebrating the beauty of Autumn. There is even a legend surrounding how the first person actually started eating hairy crabs:

Thousands of years ago, as legend has it, ancestors of the human race had already settled down to the south of the Yangtze River. In a low-lying area like this with abundant rainfall as well, floods frequently took place. Out of rivers and lakes, from time to time, came shelled creatures which were inclined to creep towards light. They were fiendish-featured with a pair of pincers and four pairs of claws. Not only did they eat grains in the paddy field, but they also attacked people with sharp pincers. Intimidated as if they were tigers and wolves, the forefathers called them the clamping pest. Since disturbance by these pests gravely impeded the farmer’s harvest, people boiled them to death on a fire. The dead pests, bright red all over, piled up mountain-high, smelled delicious and appetizing. Out of curiosity, a man named Ba Jie took a pest and closely examined it. Then he broke off the shell and ate it fearlessly. It seemed that he was enjoying it, so others followed his example. Ever since then, the ancestors had no longer been afraid of the clamping pest and the once scary pest had become a household delicacy. 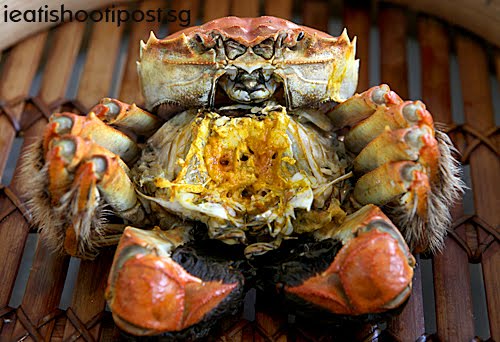 The beauty of the Hairy Crab lies in the rich golden roe which like any egg contain fat and are packed full of glutamate and other amino acids which explains why they are so tasty. There are some people who reportedly would open the crab, dig out the roe and throw out the rest of the crab. 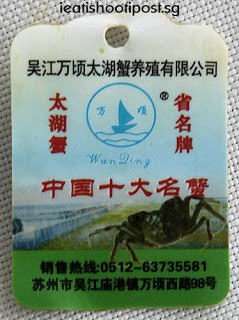 Not every Hairy Crab is the same. The best Hairy Crabs come from the Yang Cherng Lake in Jiangsu and because of its popularity, many crabs are being produced in other regions and being passed off as Yang Cherng Lake Hairy Crabs (Yang Cheng Hu Dazha Xie). That explains why you can buy hairy crabs from the supermarkets for $8 each whereas if you ate these at reputable restaurants, they can cost 6 times the price.

I guess it is analogous to drinking Champagne as opposed to sparkling wine. The crabs from Yang Cherng Lake are supposed to be the sweetest of them all. But there are other lakes where the crabs are also quite famous. One of them is Tai Lake (Taihu) which is where our crabs where from. These crabs all come with a little lazer imprinted tag with their own serial numbers, so you can potentially keep these in a nice little record books to show people the number of Hairy Crabs you have eaten just like the number of kills on the side of the cockpit of fighter jets. 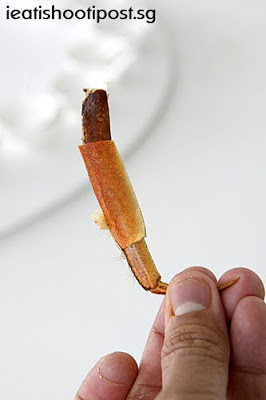 If you request, the waitress can help to extract the meat like this

The roe is fantastic and taken with a dash of vinegar, ranks up there with Uni and Foie Gras. However the flesh is as frustrating as eating melon seeds. I am the kind of guy who would put three or four pieces of pototo chips into the mouth at one time so not having a whole mouthful of crab meat is a bit annoying.

At $48 per crab, I am tempted just to go down to the Supermarket and buy 6 of them for the same price and have a crab feast even though they might not be as tasty. Then again it might turn out that these Taihu Hairy Crabs are really worth their price tag. Perhaps our Hairy Crab experts can tell us if the price difference is justified? 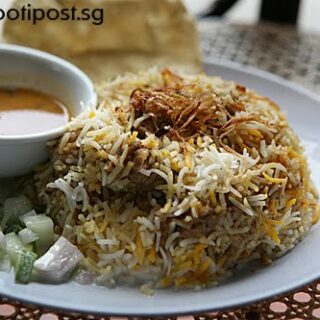 My Favourite Pics
The Bismillah Ultimate Biryani Challenge!
Next 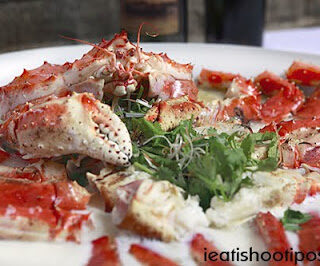